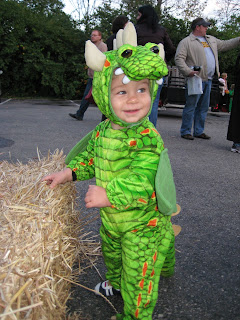 My dear bloggy friend Sarah had her sweet little baby boy Austin yesterday. My heart is crushed to find out that her sweet blessing is on life support. Please head over to HERE and send her a little prayer. Be strong baby Austin.
Posted by Tiffany No comments:

I am a licensed Real Estate agent.  I am so in love with the fact that I can be at home to raise my baby, and still go out and be the "professional me" and generate income for my family.

(Enter plug-  If you, or if anyone you know is planning a move of any kind, please let me know as I can help.  I have access to the leading real estate agencies nation wide.  If you are buying, selling, moving across town, or into a whole new time zone, I can refer you to a top agent in your area.  All you have to do is give me your name, phone number, and area you are moving to/from, and I will provide you with a few agents to interview to find one that fits your needs the best.  Not only will you have one of the top agents in your area working for you, you will also be helping out a fellow bloggie friend gain a referral stipend to help her family.)

It really has worked out that I can schedule my showings and open houses on evenings and weekends when hubs can be home to watch B.  The times when I've had closings mid-day my mom has been able to take a half a day off work and come be with B.

It is so very slow.  So while yes, I'm still technically a work at home mom, I most definitely relate more to a stay at home mom.

But you know what? I LOVE IT.  I hate that I don't bring much income in.  I hate that we're poor.  (Ok, we're not poor but saying that adds a little dramatic flair.)  I hate that I don't feel like a do a very good job in drumming up new business (reason for above plug).  But, I LOVE BEING AT HOME.  I love that hubs allows this to happen.  I love being the one that wakes B up from each nap.  I love that my vocabulary has diminished, I sit on the floor most of the day, and doing a whole load of B's laundry is still exciting.  I feel guilty about this but, sometimes I love that I only have to worry about what our next family meal is going to B.

Yes, I do love be my professional self, because, if I can toot my own horn, I am extremely good at what I do. I am diligent in answering questions, returning emails, building rapport and negotiating the best price.

However, being a mom is the hardest job in the world, and I am so lucky I get to do it everyday.

Registry. You Presumptuous B.

Who would have thought that a wedding registry could get me so fired up.

There is nothing worse than having to buy a gift for a wedding you are having to go to.

Side note: I know my attitude is totally off, and I'm being seriously cynical here, but there is too much history that I will not get into to explain why my attitude is poor.

Quick background:  -This couple is fam of my hubs fam. Well, she is, he....well....isn't even a citizen.  (That's all I'm saying about that.)  - They are getting married on a FRIDAY, and it is an out-of-town wedding for us.  I hate that.  How freaking presumptuous.  I hate when people expect that everyone in the whole world should have to take off work to be at your wedding.   -I was invited to the shower.  "How nice" you think.  Um, no.  No.  Not at all.  How annoying is more like it.  I didn't go because I honesty had to work, but then I'm obligated to buy a shower gift.  Wtf.

But lastly, the straw who broke the camels back, just happened.  The wedding is in 2 friday's, so I finally logged on to check the registry and buy some "because I have to" not "because I want to" gifts.  (Geez, I know I sound horrible right now.)  Anyway, to my f-ing surprise there was ridiculously expensive gifts on the registry.  I'm talking $600 dollar items and $400 dollar items.  Like, A LOT of them.  I'm thinking...."who the hell do you think your family is?"  I mean, I know I don't really know her family and friends she is inviting to this shindig, but really, is she expecting someone to buy her a $70 ironing board?  Really, how presumptuous.

Honestly I love weddings, I really do, but i hate, hate, HATE them or any "gathering" when they feel obligatory.

So I'm off to buy a couple towels and gift wrap them really pretty cus, 1) that's all I can afford and 2) that's all your stupid registry will allow for.  (I emphasize just a couple because, um, they registered for 12 each of bath towels, hand towels, and wash clothes.  Twelve.  Who the HELL needs 12 towels of the same color?)Stupid.

Me, a liberal mother? Who would have thunk it?

That's right.  Me, miss germ-a-phobe, over-protective, controlling, cautious mother, has become pretty liberal when it comes to my baby.

Most of what I've become liberal about is food related.  As I have mentioned before, I started giving B eggs around 9 months.  He did fine with them and loves them.

At 10 months old, I jumped into the big one.  You might know it as PB.  Yes, peanut butter.  I know some literature out there says not to give it to them until 2 years old.  Personally, I think that's crazy because if my child is going to have a reaction I'd rather know about it sooner than 2.  Anyway, I needed more options in B's diet and pb is high in protein, AND fat, and that's just what a growing boy needs.  Thus, I gave it to him first just on bread.  Loved it.  Then, I made him his first pb&j...hello, heaven?  LOVED LOVED it.  I am so thankful that he showed no reaction.  There is something so easy about a pb&j, especially when we're eating on the go!

Bradley is now 11 months old (as of tomorrow).  He is pretty much been weaning himself from nursing for the past month.  He's cut out 2 of his feedings, and now nurses only 3 times a day.  Morning, before nap midday, and before bed.  I have had been offering him a pouch of my frozen gold in a sippy cup and he'll take it most of the time.  I recently decided just to pour him a sippy of organic vitamin D cow's milk.  He actually seemed to like that better than my stuff.....not to mention that's so much easier than the hole thawing process.  So there ya go, I've decided to forgo formula for this last month that he's "supposed" to be on formula.  He's still nursing 3 times, and I'm supplementing with cow's milk.  I know you are supposed to wait until 1 year of age but from what I've read, it's really only to make sure the child's GI tract is ready to digest cow's milk.  Plus he's still getting all the nutrients from my milk that he needs.  I know some doc's and mothers might disagree with my choice but really, sometimes you just have to go with your gut.  He's a great eater, he's growing bigger, he's healthy and really.....what's just one month?  I still can't believe I've been doing this whole nursing thing for almost a whole year now.  Wow, what an accomplishment.

On that note I finally threw away my "just in case" stash of powdered formula which I never used.  It was like 4 months expired anyway.

On a more liberal, non food related note, I turned B around.  (Conservative mothers all around the world just closed their lap tops on me.)  I know you're "supposed" to keep them rear facing for 1 year, and most new recommendations say 2 years (I'm sorry, but have any of those fuckers who wrote that recommendation ever spent more than 10 minutes in a car with a child who is screaming because their feet are pushed up against the seat and their knees are in their chins all while staring at your choice of car interior?)  I know, I know, a screaming baby does not at ALL trump safety, however, my baby is long enough by several inches, and heavy enough by a few pounds to be considered safe in a forward facing seat.  He loves it, and I love it too.

So there ya have it.  I'm not all by the book in every situation.  Books, wait...what are those?